Feminist Perspectives on “Orange is the New Black” 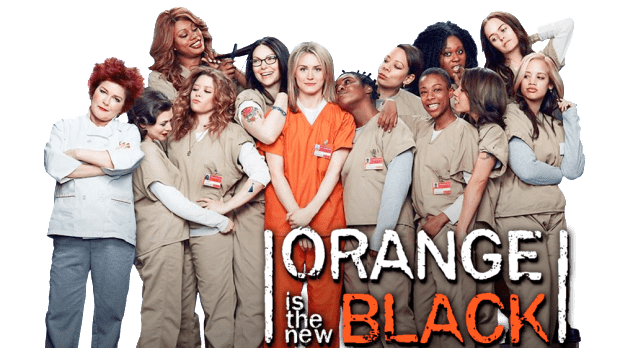 n, the show has garnered both critical and popular attention for its innovative use of streaming technology, which has produced the cultural phenomenon of “binge-watching,” as well as its breakthrough characters, who have pushed the boundaries of how women are represented on television. The show has sparked considerable debate in academic communities surrounding its depiction of social class, race, gender, sexual orientation, power, privilege, motherhood, the prison system and the criminal justice system. This collection of essays lays the groundwork for an academic dialogue about the series’ depictions of gender, power and privilege, from an intersectional perspective that considers the overlapping axes of race, class, gender, and sexuality.  Chapters include: Anne Moore- “Anatomy of a Binge: Abject Intimacy and the Televisual Form”; Susan Sered- “Pennsatucky’s Teeth and the Persistence of Class”; Sarah E. Fryett- “Chocolate and Vanilla Swirl, Swi-irl: An Analysis of Race and Lesbian Identity”; Hilary Malatino- “The Transgender Tipping Point: The Social Death of Sophia Burset”; Zoey K. Jones- “Resisting Necropower with Sexuality: Pleasure and Power Behind Bars”; Kyra Hunting- “Between Two Worlds: Genre Mixing and Lesbian Representation”; Kalima Y. Young- “The Genealogy of Race and Gender-Based Trauma Narratives”; Minjeong Kim- “’You Don’t Look Full… Asia’: The Invisible and Ambiguous Bodies of Chang and Soso”; Yvonne Swartz-Hammond- “Cleaning Up Your Act: Surveillance, Queer Sex, and the Imprisoned Body”; Lydia Brown- “Disability Visibility”; H. Rakes- “Piper Chapman’s Flexible Accommodation of Difference”; Sarah Gibbons- “’Can’t Fix Crazy’: Confronting Able-Mindedness”; Katie Barak- “Piper was My Trojan Horse: Jenji Kohan’s Use of Whiteness”.

“Just when you thought queer representations had become as predictably normative as an episode of Modern Family, along comes Orange is the New Black, a break-out hit for Netflix and an exciting, whirling mess of a series that raises crucial questions about gender, race, class, and sexuality.  This wonderful new collection of critical essays plumbs the depths of OINTB, and offers up trenchant analyses that will be of great interest to scholars and students of popular culture, feminist and queer studies, and everyday fans who just can’t get enough of these outside-the-box characters.”

Check out the UMBC Magazine Q&A about the book and final season!